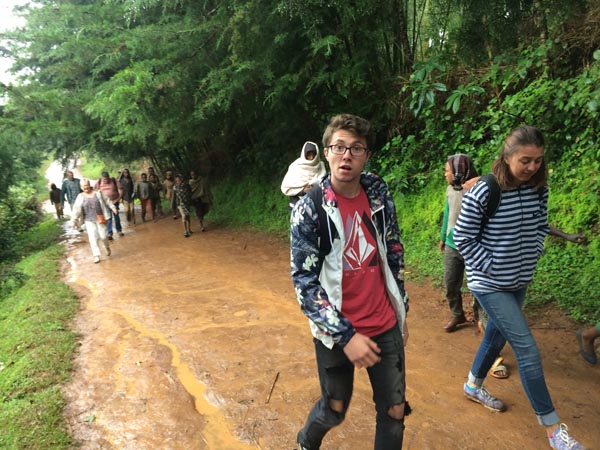 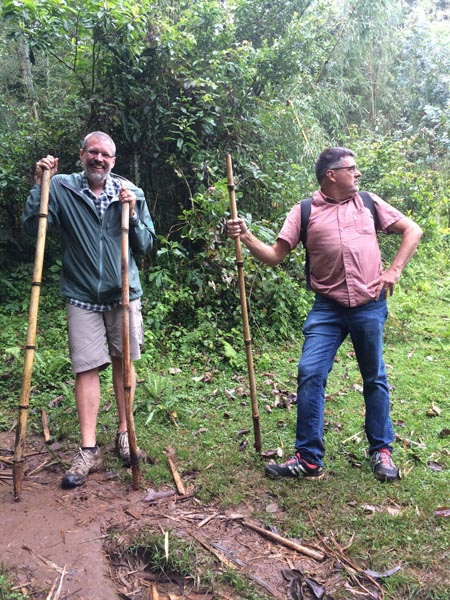 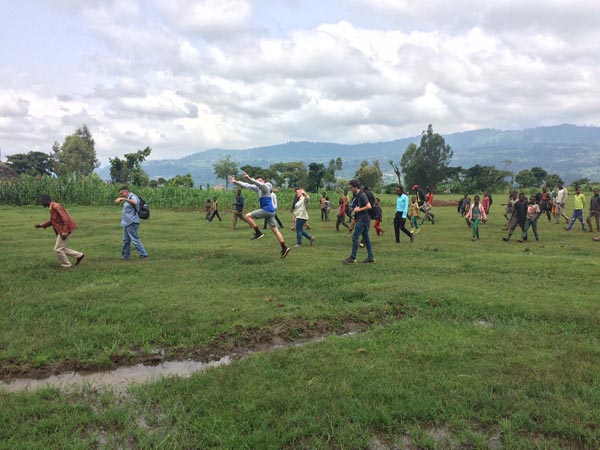 The lack of clean drinking water is what first drew our to Ethiopia in 2011 when we traveled with World Vision to see their programs. While we are encouraged with the progress that has been made, our trip this past July with Hawassa Hope reminded us that the need is still great. We visited 2 potential water sites and one damaged site on this trip. Before I tell you about these three sites and the people affected, let me first tell you what bringing clean water to a village is not. 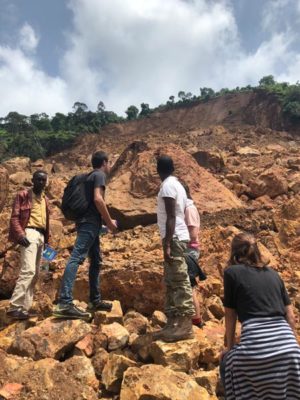 A massive land slide took out the reservoir and the tap into the spring. This spring was gravity feeding two reservoirs below and providing water to nearly 1000 families. When the side of the mountain broke free, giant boulders crashed down and destroyed 4 huts along with the water source. Families that were living below are also faced with relocating because of the danger. Fortunately no one was injured in this natural disaster.

When we think of clean water, (at least in my house), we think of grabbing a glass from the cabinet and getting water from the sink faucet. Good country well water, clean and healthy right from the tap. Now to be fair we do have a whole house filter system because of iron in the water and with that system is a water softener, so the hard water doesn’t eat everything up. When I consider the cost of that filter system then I realize we are well on the way to paying for a clean water source for several hundred people living in a village. So...

We surveyed 3 different water sites and met a lot of government officials as well as hundreds of villagers on our 3 outings. Two of the sites that we visited required long hikes uphill over muddy slick pathways. On both of these hikes we found ourselves surrounded by folks reaching out to make sure we didn't fall. I was presented with walking sticks as well to help me navigate the treacherous terrain. None the less a helping hand was never out of reach. 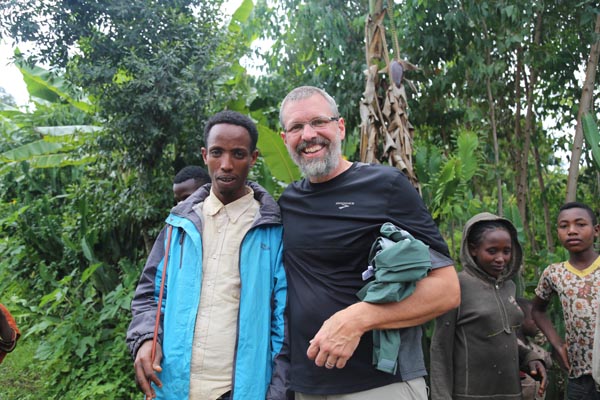 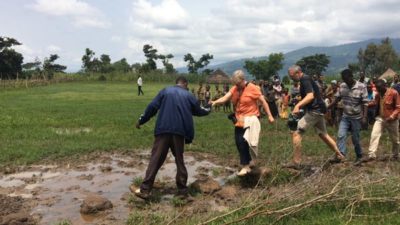 Our group walking to a possible new water site for the Bona community with the "village" accompanying us. 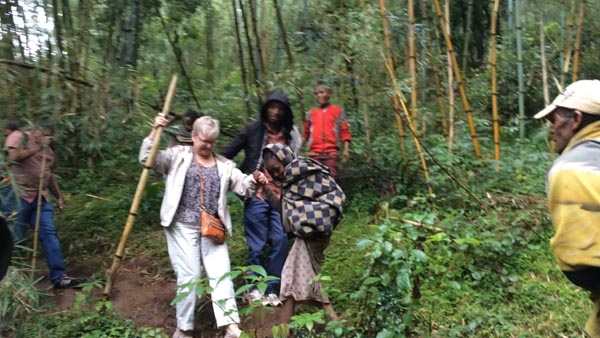 Side Note: What does a village in the Sidama region of Ethiopia look like? Community might be a better word, as village makes me think of an old western movie with all the tepees lined up on each side of the street-which only happens in Hollywood. A village might have a cluster of 4 or 5 huts close together, with other clusters spread out over many acres. There are also plenty of individual homes scattered around. It's a very rugged rural setting.

Photo: The community at the Bona water site gathered for a meeting. 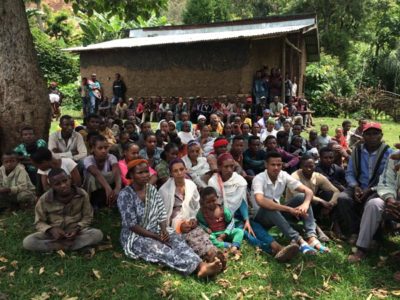 The first water site, Bursa, was accessed by a 50 foot straight down muddy path or a long walk around to come in the backside. We were able to witness a village lady drawing water and carrying her jugs of water out. Much to my embarrassment, the path we deemed too dangerous to walk down empty handed, was the exact path she climbed up carrying a load of water. I attribute it to the fact she was walking barefoot (if only I had taken my hiking shoes off) and knew the best route to take. 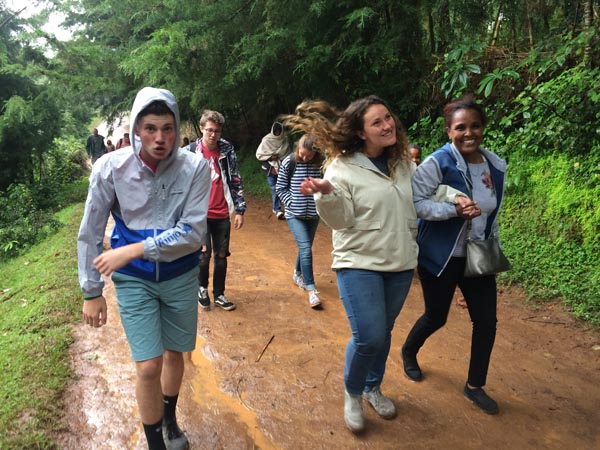 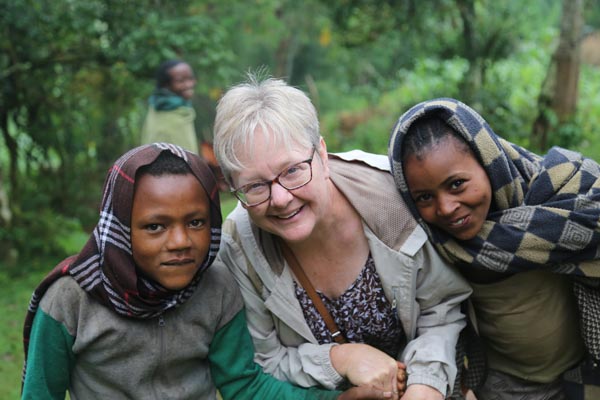 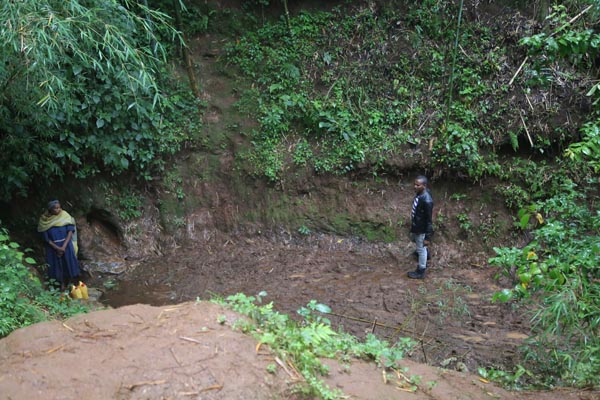 A second location, Arbagona, found us slipping in mud again and this time Teshome (our leader and the head of Hawassa Hope in Ethiopia) bit the dust and came up covered in mud. So along with providing a clean water source and a reservoir to draw from, another priority will be to make the sites accessible and safe.

The third site that we visited was particularly heartbreaking. It was just a few months back when Hawassa Hope visited Bona to celebrate the opening of this spring fed water site that was so strong that they actually gravity piped it down the hill to two more water sites to provide for 3 communities. Now after a devastating landslide, many of the villagers were scrambling to find a suitable spot to relocate their huts while everyone was in shock over losing their clean water supply.

Although the landslide occurred only 2 weeks before we arrived in Ethiopia, Hawassa Hope had already been busy reaching out to secure support to repair this site. Unfortunately after surveying the massive boulders and unstable conditions of the mountainside, it was confirmed that this site would have to be abandoned.

The exciting thing about working with a smaller organization like Hawassa Hope is that they don't have all of the levels of red tape to sort through to make a decision. I'm not saying that they do things spur of the moment, or without due diligence in regards to investigating the best options. It just means that a report that has been sitting on a desk for a couple days is approved, it's not then shuffled up the ladder destined to sit on several more desks before a plan is put into action. In this case, in the few weeks since the landslide, an exploratory trip had been made and another water site close by had been identified.

On our trip, after scrambling over rocks, we met with the villagers along with the District Director for that area. After addressing the crowd, we set off to investigate this new potential site. Traveling with both the proper government official and one of the founders of Hawassa Hope all of the pieces were in place for a quick decision. With funding for this site pretty well in place, the next step was having the Government geological experts take a look to assure the quality of this water source.

All three sites that we visited were different, yet very similar. Our focus was never just on clean water, but also on the people. By providing clean safe water we can not only improve the quality of life, we just might save a life as well. With very limited access to clinics and even less access to basic medicines, even a simple waterborne illness can become fatal.

My heart breaks when I consider that here in America the National Kitchen and Bath Association said the average cost for remodeling a bathroom in 2016 was $11,364.

But maybe instead of crying, I should be excited. With as much money as we spend in America on coffee, sodas (and remodeling bathrooms), not to mention cars and trucks, it should be easy to get people to invest in a water project.

Our family already committed to the Bursa water site and Hawassa Hope has put together funds for the Bona site, but that still leaves the Arbagona site. We would love for you to partner with us and Hawassa Hope to fund this site as well. 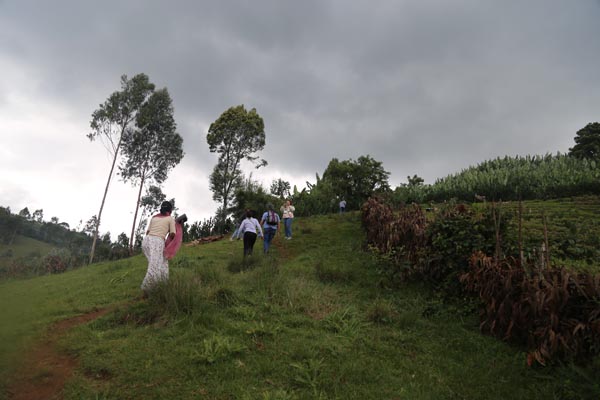 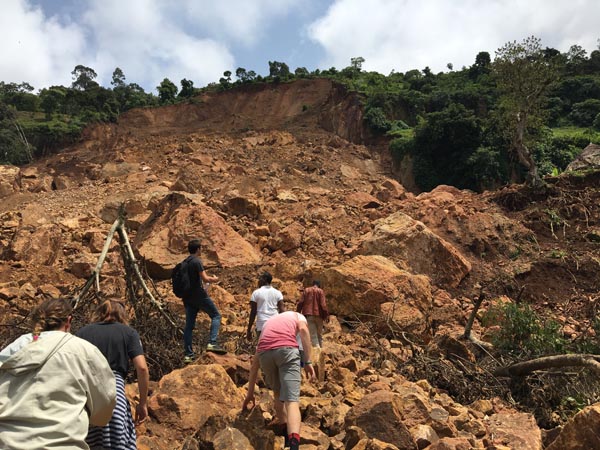 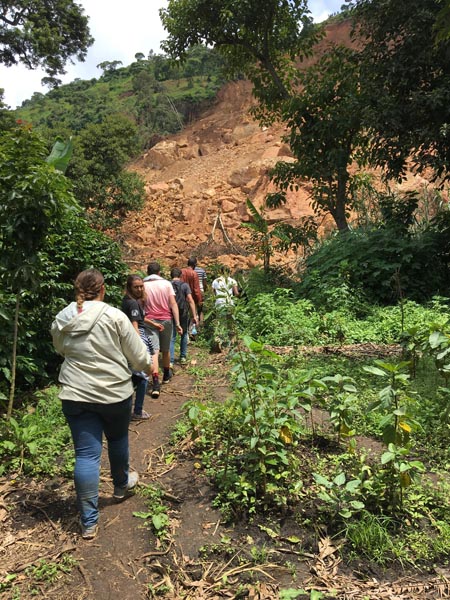 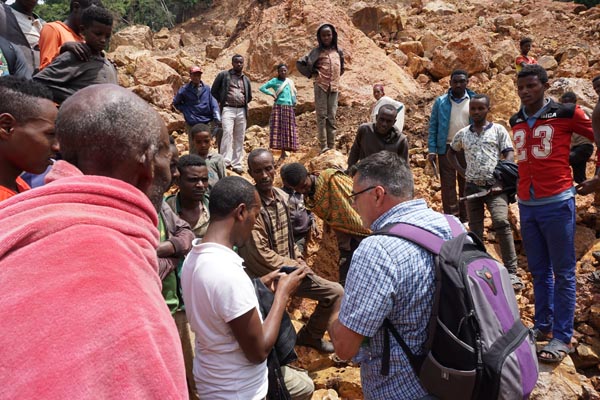 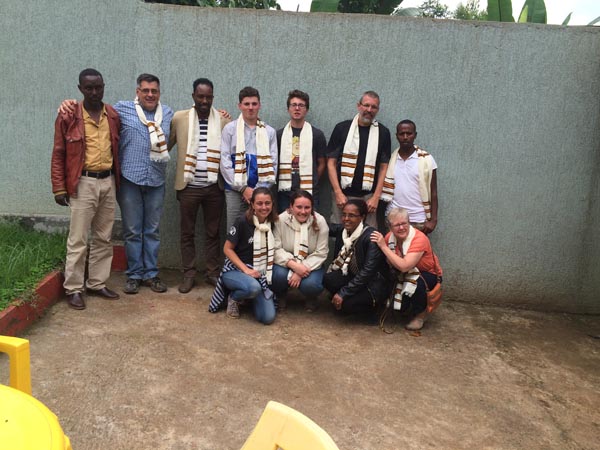